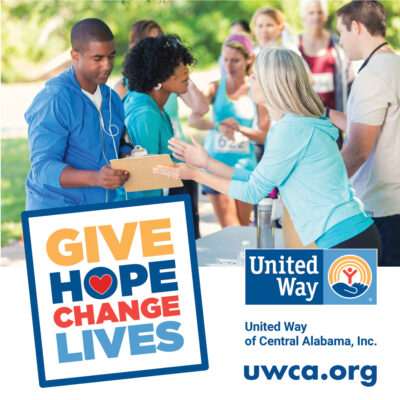 One of the biggest challenges the United Way faced during last year’s 2020 campaign was switching from face- to-face meetings to all virtual. In 2021, they will do both.

Despite the challenges, the “Give Hope Change Lives’” 2021 Annual Campaign is already off to a fast start.

Each summer, United Way holds a Pacesetter Campaign which sets the pace for UWCA’s biggest fundraising campaign in the fall that helps fund programs for the 80+ agencies the nonprofit supports.

At the launch, 2021 Pacesetter Campaign Chair Chris Harmon announced the total for this year’s pacesetter campaign.

Thanks to 20 pacesetter companies, including Arlington Properties, the Pacesetter Campaign exceeded their goal, raising $10.3 million.